Thank you for teaching me that

This past week, I’ve been visiting my family in North Georgia.

I take my role of “Aunt Rachel” very seriously and so my visits are typically a whirlwind of sleepovers, late night movie watching, daily runs to the ice cream store, and Target shopping sprees.

I return home more exhausted than when I left — and I wouldn’t have it any other way.

This past Friday, I stopped by her school to bring her lunch and we had the best time. I mean… could she be any cuter?! 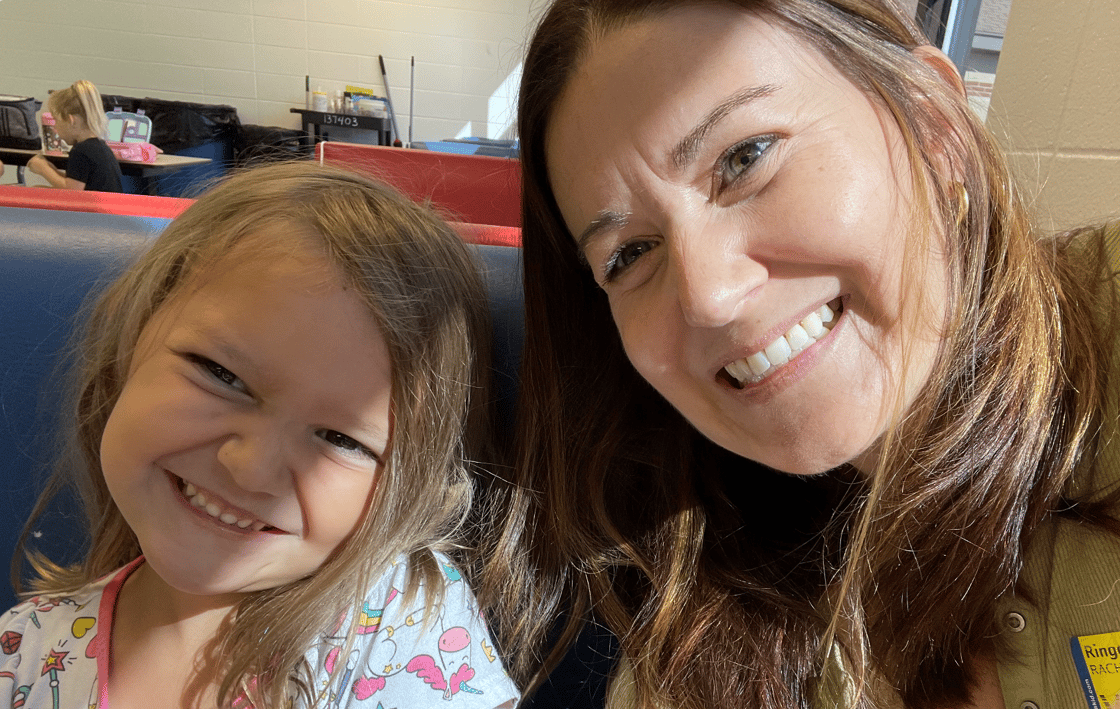 At one point, she asked me, “What do you do for work again?”

I tried to think of an easy way to explain my job to a 5-year-old, so I responded with, “I have a company and I’m the boss.”

She said, “But you’re a girl. Most bosses are boys.”

I responded by saying, “August, girls can do everything boys can do. In fact, girls make great bosses.”

She took in what I was saying, slowly nodded and then said, “Thank you for teaching me that.”

Isn’t that a precious response?

It’s hard to know where August picked up the idea that most bosses are boys. Her elementary school has three principals – all of whom are women – and she sees plenty of examples around her of strong women in the workforce.

But bias starts early and runs deep, doesn’t it?

Even subconsciously, our thoughts and beliefs are impacted by what we see or hear in the media or from our friends or classmates.

I’ve heard bias described as “the soup we are swimming in” – meaning that we are often completely unaware of the associations and assumptions we begin to make about gender, race, ethnicity, age, religion, sexual orientation, disability, income, or education.

I, for one, know that implicit bias is all too often present in the way I view the world around me.

I remember one specific incident in college when I made an assumption about someone who I perceived as different from me. My roommate, who was a bit further along in her understanding of cultural humility, brought the harmful remark to my attention.

I became defensive, saying, “Oh that’s not what I meant. I wasn’t implying anything negative.”

Looking back, I think the wiser response would have been to say, “Thank you for teaching me that.”

Precious August taught me something about how to acknowledge a new learning that contradicts an old or harmful assumption.

It’s not by trying to explain or defend my position.

It’s not by trying to save face or salvage my ego.

And it’s not by shaming myself or profusely apologizing.

It’s simply by pausing, reflecting, and saying, “Thank you for teaching me that.”

Out of the mouths of babes, right?

What are your thoughts on ways to become more aware of your own biases?

If you have any reflections or learnings you’d like to share with me, I’d love to hear them.